Water - the Elixir of Life

“As a river flows across the land, it nurtures all living things that it comes across. All the plants and animals benefit from the water of the river. Once it has done its work, water moves on without waiting for recognition or praise...” - Lao Tzu.

The ancient practice of alchemy strived to discover elixir, a substance that could change base metals into gold. Today, such a quest would sound insane, but it was a serious pursuit then. Nowadays, the term is often used for anything thought to be capable of remedying all ills or difficulties. Water has often been called the ‘Elixir of Life’ and one cannot agree more because of the magical power of water. Water is a basic human need, and we cannot survive without water. On the other hand, water is the cardinal component of nature and its intricate manifestation. If we look across the cozy boundaries of our homes, particularly in Bhutan, what we see is not just an ordinary sight. All we need to do is to take a moment and let go all the mundane thoughts that occupy our minds. Look with an open, free, and uninhibited mind. What we see around us is simply astounding: from the slender grass blade at our doorstep to the distant mountains adorned with towering trees, intrinsic vegetation patterns and varied lifeforms are all made possible by the influence of water. Water flows in the veins of nature and nurtures all organisms irrespective of size, form, or hue. 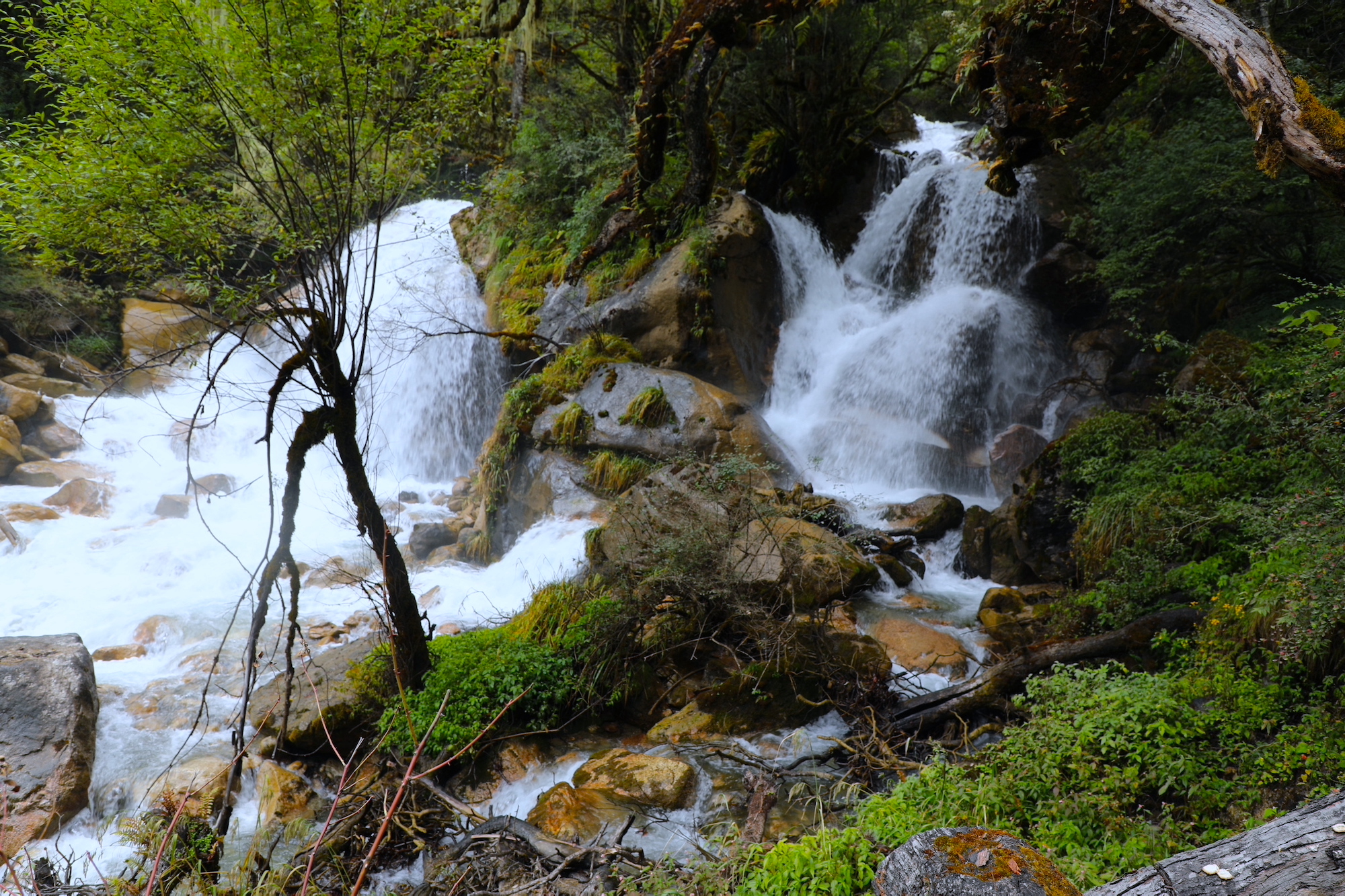 Bhutan is blessed with rich freshwater resources in the form of glaciers, lakes, wetlands, marshes, springs, streams, and rivers. Statistically, the country has abundant freshwater resources with per capita availability of 94,508 cubic meters per person annually, one of the highest in the world. Bhutan has five major and five smaller river systems. The former includes Amochhu, Wangchhu, Punatsangchhu, Mangdechhu and Drangmechhu. The latter systems are Jaldakha, Aeichhu, Nyera Amari, Jomori and Merak-Saktenchhu.  The total annual flow of these river systems is estimated to be 70,576 million cubic meters (Bhutan Water Facts August 2028, UWICER, DoFPS and WWF Bhutan Program Office). Bhutan’s rivers, which flow into the neighboring States of India, Bangladesh and beyond, are part of a network of rivers that provide water for at least one-fifth of the world’s population.

Although Bhutan has the highest per capita water availability in the world, it suffers from water related issues and management inadequacy. Most regions of the country have populations on mountain tops or slopes while rivers flow at the bottom of the valley. This makes accessibility of water economically inefficient for domestic and irrigation activities on slopes.  With growing population and urbanization, there is an increasing concern on deteriorating watersheds and drying up of water sources. The increase run-off, alteration of water sources for development activities, conversion of landscape and increase sediment load have deteriorated water quality. There are also challenges in terms of water management and coordination among relevant agencies, which needs to be improved and strengthened. All these have implications on water security for both people and freshwater biodiversity.

In Bhutan, major threats to aquatic biodiversity are from pollution, destructive and illegal fishing, habitat loss and alien invasive species. With limited flatlands for settlement, river valleys like Thimphu are under a lot of pressure from growing population, urbanization, and economic development. This has resulted in the loss of riparian zones, particularly visible in and around Thimphu, located at the headwaters of Wangchhu River. Run off from the various industrial estates located within the municipal limits along with non-point sources of pollution also poses a grave threat to the natural water bodies. Cumulative impacts from hydropower projects on the aquatic biodiversity are also imminent due to disruption of river connectivity if proper planning and mitigation measures are not put in place.

At the community level, several sustainable water resource management programs have been initiated. Some of the success stories include construction of Rural Water Supply Scheme through gravitational technology and development of watershed management plans in critical watersheds. Development of community-based watershed management plans and protection of critical community water sources through plantation.  All of these, however small they may sound, will contribute to Bhutan’s effort to conserve freshwater, and ensure water availability to rural communities.

While Bhutan’s freshwater resources appear to be abundant, lack of proper management of water could alter the situation, and in the face of climate change extreme weather events and unpredictable flow of water could haul the scale on the other end. Millions of people around the world are already suffering from extreme floods, droughts and storms each year. Traditionally, the value of rivers has been limited to irrigation and hydropower. In a broader sense, the set of services that provide great benefits to people, economies and nature outweigh this perception. But often these benefits are not properly understood and so river management fall out of the priority list. Some of the benefits of river include sediment delivery for maintenance of deltas, freshwater fisheries, and flood risk reduction by floodplains when they remain connected to rivers. Riverine ecosystem services include carbon and nutrient sequestration, fiber production, biodiversity, and a range of spiritual and recreational values.

The value of rivers is much more than what most of us think we know. We need to manage our rivers well. Our lakes, streams and wetlands need to be protected, and restored wherever possible.  The age-old belief that lakes and wetlands are the abodes of certain spirits need to live on. As much as superstitious they may sound, such local beliefs have had positive impact in maintaining the immaculateness of critical sites and keeping them pristine as ever. We need to build resilience to increasingly extreme weather events and worsening water-related climate risks. We need to invest in water management and ensure that the gift of nature is well-managed and made available to all.  The value of water has often been overlooked, but the need has never diminished.